Our coding keyboard wireless products are available in two layouts, Optimized and QWERTY and are intended for use with desktop PCs running Windows operating systems: 7, 8.0/8.1 and 10.0. We feel that Programmers are likely to benefit more by opting for our Optimized coding keyboard.

Eduardo from Brazil (Fin-tech programmer) purchased an Optimized coding keyboard from us and here’s what he had to say about it:

As a software developer, the symbol keys are very well distributed and easy to access. Things can be typed a lot faster than a regular keyboard. When I’m not coding, I type in Brazilian Portuguese, and the accentuation keys are very well distributed, making the typing very fluent, even in non-English languages. I’m using the keyboard at work and a friend of mine has already ordered a combo set to use here as well. Some other friends are planning to do so.

Frank from The Netherlands (Programmer) has now purchased three Optimized coding keyboards from us and here’s what he said:

I like when I start at a new client that I always have an artifact to start the conversation and help break the ice. I’ve been using the BeeRaider Optimised keyboard now for four years and during that time I have bought three of them.  Besides using it for programming, I also use it a lot for typing with office applications. The keyboard gives me great comfort due to its ergonomic design and this in itself creates its own comfort zone for ease of typing, which for me is very important as a user. Being a programmer and regular typist who makes their living from using a keyboard, I am conscious of the need to do all I can to prevent repetitive strain injury (RSI), which over the years can become an occupational hazard. By now I have allowed many people to try the keyboard for themselves and no one has ever denied that the BeeRaider keyboard feels very comfortable under their hands. I easily recommend this keyboard to other users and especially programmers.

The following two images show the differences between our Optimized and QWERTY coding keyboards.

With our Optimized coding keyboard we’ve actually totally redesigned the concept of what a keyboard in the 21st Century should be. We were essentially looking for a design that would lead to increased user work productivity.  The Optimized keyboard has been designed with its alpha-character layout arranged so that the most frequently occurring characters in the English language fall readily to activation by the most agile fingers of the hand(s).  The resulting alpha-character layout can also be easily memorized in about 10-20 minutes.  All this means less finger-travel-time leading to increased typing-speed/productivity.

Our keyboards are sold as part of a combo-set that comes with a wireless mouse and nano-receiver. They also feature hot-key and multimedia operation and provide five programmable keys that can be program-assigned to launch macros and a whole range of Windows operating system and Windows applications related software operations.

Of course you can also use these keys to launch your most frequently used application command sequences. Just use the macro-record feature to record the command-key-sequences and then name-save the macro(s) for future loading with whatever applications you intend to use them with. Because you have 5 programmable keys, you can assign a different (application specific) macro to each of these 5 keys for use with any given application.

Consider also the fact that you now won’t have to ever hold the Shift-key again while simultaneously pressing a combination character, this is because we’ve introduced the concept of sticky-keys to our keyboard hardware ( all keys on our keyboards marked with a dot are sticky). However we’ve also retained the standard Shift-key for those who prefer to still use it.

Let’s now look more closely at the many benefits of our keyboards.

Both our Optimized and QWERTY coding keyboards are programmable.  When programming you could arrange it so that each of the five programmable keys generate some oft used programming code.  This might involve launching certain scripts to perform some preordained customized function(s).  You can also use the macro-record program that comes with our keyboards to record command sequences within an application. By way of example, you could  record certain command sequences within your spreadsheet application and then automate the execution of them by assigning the macro(s) to the five programmable keys.  You can have as many macros as required, but you can only assign five of them at any given time.

This is a great way to take the tedium out of oft repeated tasks when using any application. Just use the macro-record feature to record the command-key-sequences and then name-save the macro(s) for future loading with whatever applications you intend to use them with. Because you have 5 programmable keys on your keyboard, you can (at any given time) assign a different (application specific) macro to each of these 5 keys for use with your current application.

You can also simply assign a series of menu-available Windows utilities, Multimedia functions, Office commands, Internet commands and assign programs/scripts to be launched by any of the 5 programmable buttons.

With some programming know-how you could greatly extend the options afforded by the 5 programmable buttons by having any (or all) button(s) launch a script when pressed that could present the user with a numerically numbered menu of options (1 to n), that depending on the number entered would run another (menu-named) script that would perform any given assigned task. As an example, for a programmer, it could insert a string of code at the cursor-point. Thus, things can be automated to a great extent with a programmable keyboard.

The main-key-cluster has a much smaller footprint compared to that of a standard QWERTY programmer keyboard. The following graphic shows the comparative difference, which amounts to a footprint space saving of approximately 33%. This space saving reduction is achieved without sacrificing key-cap-size, in fact many of the key-caps are much larger while the smallest key-caps are equivalent in size to those found on the standard QWERTY keyboard.

We have concentrated here mainly on our Optimized coding keyboard but some of you may prefer our QWERTY coding keyboard, which is more standard looking and from the feedback that we have been getting, it would appear that many also fancy its layout as a good gaming keyboard.

Learn more and Buy Now from our Products page! 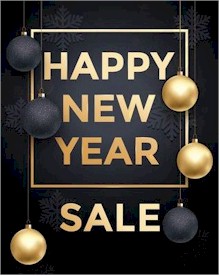